On Tuesday, 10.3, two days before the start of this year’s Leipzig Book Fair, the small fine EDITION AZUR from Dresden presents two of the most exciting voices of recent contemporary poetry: Nancy Hünger (Erfurt) and Stephan Turowski (Kiel).

Nancy Hünger made her debut in 2006 with the volume “Aus blassen Fasern Wirklichkeit” (“From pale fibers reality”) in the edition AZUR. Hünger’s verses – in their sparkling linguistic magic indebted to the great Friederike Mayröcker – are of a tremendous suggestive power. Anyone who has heard this voice will carry it with them.

Stephan Turowski’s poems are often of shocking simplicity: a series of words runs through the text as leitmotifs: Bread, Apple, Dog, Nothing. But beware, no edifying meditations on the “simple life” are to be expected here. Turowski’s lyrical experimental arrangements are dangerous. His verses lurch between reality and dream, power and powerlessness, abyss and saving shore.

Both are featured in the current issue of the anthology “Lyrik von jetzt” (Berlin Verlag), edited by Jan Wagner and Björn Kuhligk. 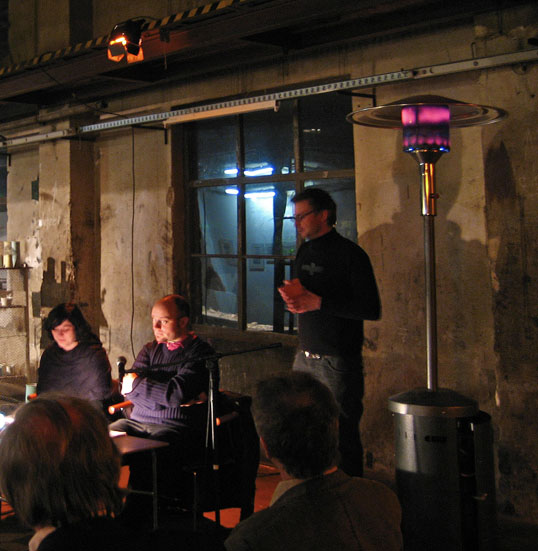