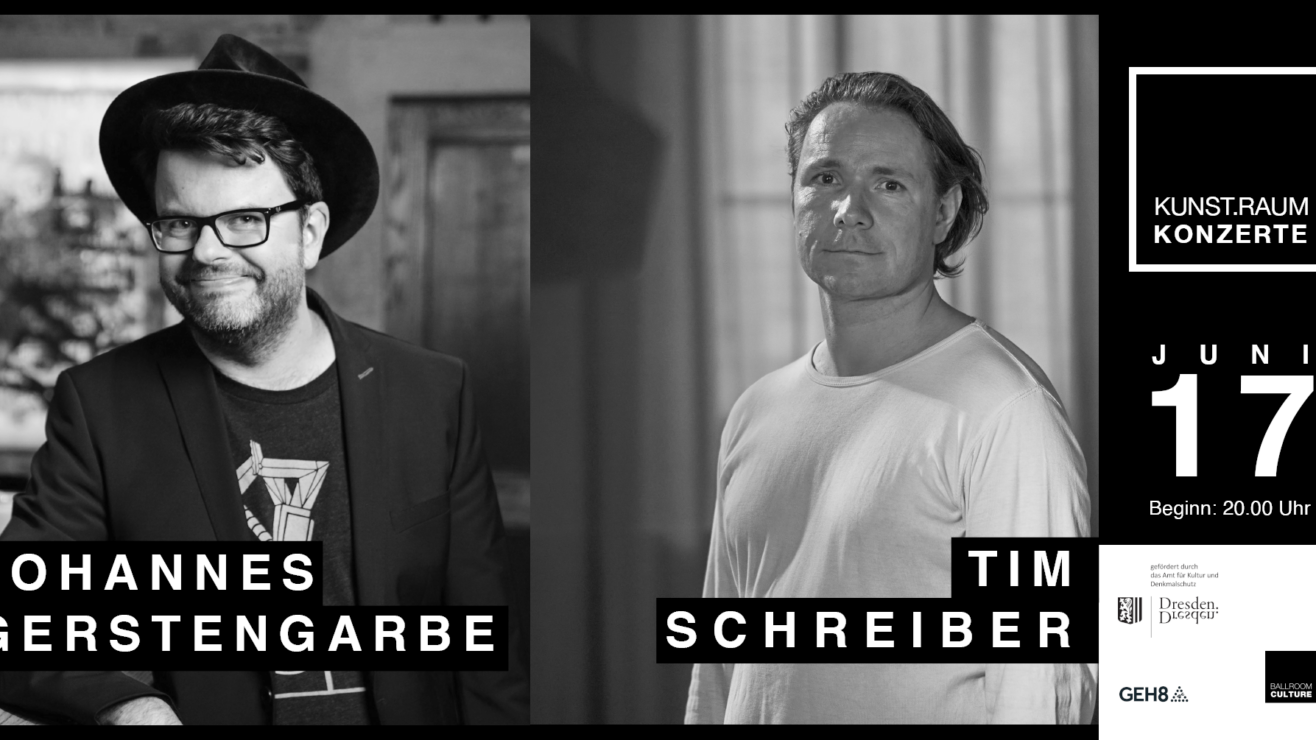 The Kunst.Raum.Konzerte offer a platform for the fusion of sound-, image- and space-based arts. In the process, music is always joined by another art form. In addition to playing their own pieces, each band develops a composition in real time together with the audience.

Johannes Gerstengarbe is considered a newcomer in the music scene. However, the musician with his 20 years of experience as a producer cannot be called a newcomer. The musician was decisively influenced by his stay in Nashville, where he learned to produce at the legendary RCA Studios and met the greats of the music scene for which the city in Tennessee is famous. He himself describes his music like this: “For me it’s pop, but more handmade. It’s beautiful melodies with a dirty sound.”

As a mime, Tim Schreiber always seeks out cross-genre projects, be it with musicians from jazz and classical music or with comedians. He roams the genre of clowning, stand-up and always embarks on an odyssey of joyful failure.