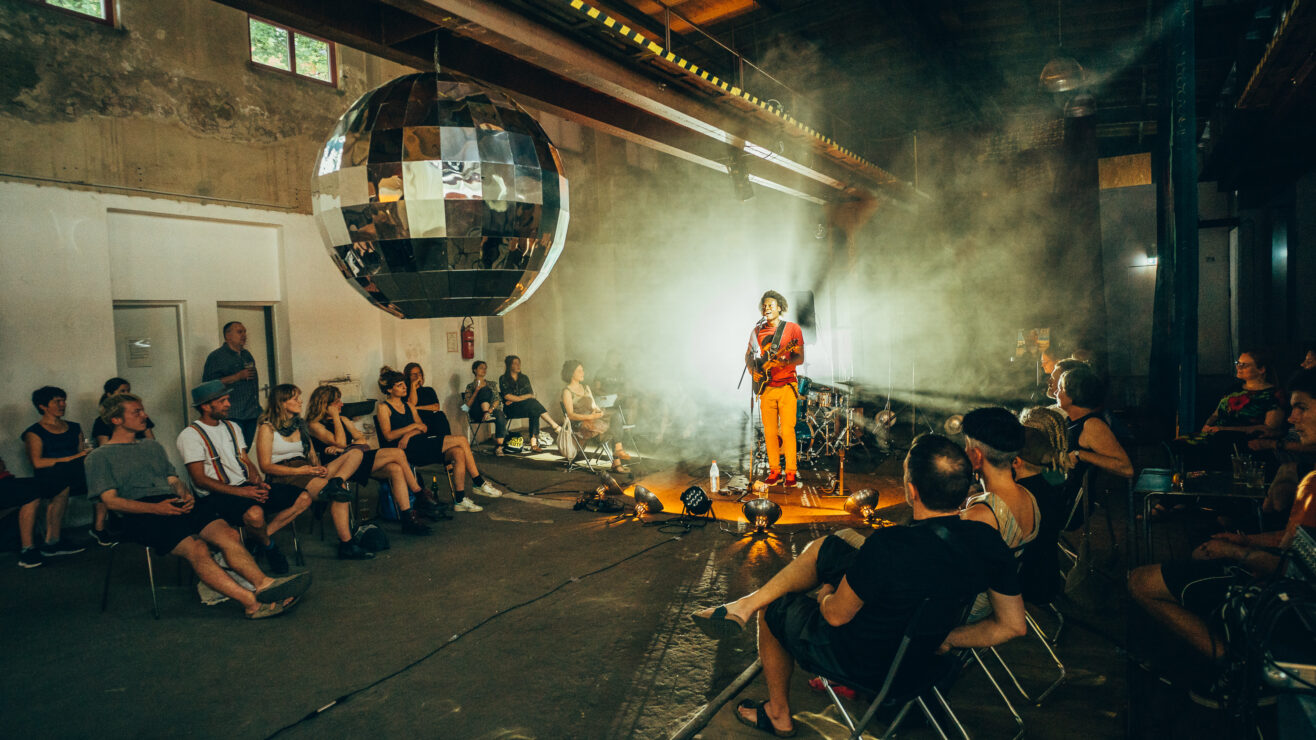 Kunst.Raum.Konzerte offers a platform for the fusion of sound-, image- and space-based arts. The music is always accompanied by aanother art form. Each band develops – besides playing their own pieces -a composition in real time together with the audience.

Ezé Wendtoin
Ezé is a singer-songwriter and musician as well as actor, presenter and Storyteller who prefers to write, compose and sing in German, but also in French and in his mother tongue Mooré. He plays drums, guitar and
other Burkinabe instruments, and is with his music locktet between Chanson, Afro-folk, Latino and West African rhythms. His lyrics are humorous, poetic and often sociocritical.

After attempting to study philosophy at the TU Dresden he founded in 2007 the international experimental label “Discorporate Records” and started working as a freelance lighting designer. Since then he has been touring the world with artists such as Käptn Peng & Die Tentakel from Delphi, Faber, Martin Kohlstedt, Kadavar, Wallis Bird, Philipp Poisel, Caspian or Christian Friedels Woods of Birnam. For the Theatre of Birnam he also works in a theatrical context as Lighting designer at the Staatsschauspiel Dresden.