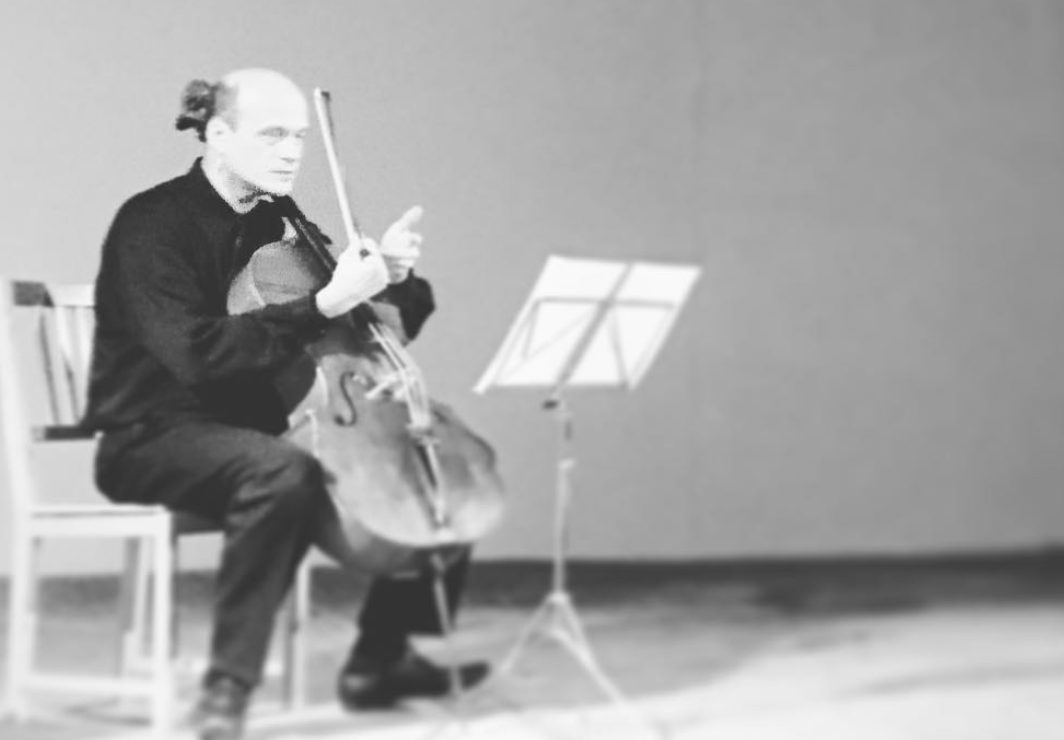 The composition “sonate for cello solo” of 1960 by Bernd-Alois Zimmermann started a new era for literature for Cello solo. Following the suites of Johann Sebastian Bach, solo pieces for cello became an exception. However after Zimmermann’s Solo sonate, solo pieces for cello can be found in the oeuvre of almost every componist. Immediately, in the first decade pieces were created that can be labelled as classics. Besides Zimmermann’s sonate there are “nomos alpha” by Iannis Xenakis, “ Pression” by Helmut Lachenmann and “Glissees” by Isang Yun.

These old masters become the focus of several cello-solo concerts. They are combined – as mentioned in the predecessors series – with contemporary music. It is the aim to create a new context in which the old masters have room to claim their relevance.

After the prolog in 2014 with 4 masterpieces, year after year one of the pieces becomes the focal point of the program. It is placed at the beginning and end of the concert and determines the title of the evening. The starting piece and the title are combined to a double point of reference and offer orientation for the componists who are commissioned to produce a new piece for cello. Besides the old and new piece an already existing piece is introduced as well.
The old piece is presented without comment, but in the course of the concert the specifics of the work and the combination of the other pieces are commented on and related to with examples.

In 2018 the focal point is the piece Glissees by Isang Yun, which is in search of balance. On the one hand it is concerned with the balance between two cultures that are connected to Yun: the “east asian” attitude to play music which is written with “western” sound engineering. On the other hand and even more important is the musical attitude by finding a balance between silence and sound, between sturdiness and quietness, between movement and rest.

Against this backdrop a new piece was created by Charlotte Seither, which was first performed in September 2018 as part of the series of concerts of the “Old Masters”.

The third piece of the evening “Something with something else III” by Petr Bakla – also premiered by Matthias Lorenz – connects balance with the idea of form. The piece consists of 4 layers, which either can be understood as 4 layers that are passed through, with only one to be heard or four layers that are taking turns. In any case: the relationship between the layers is more crucial for the piece than the details within each of the layers.

Like all preceding concerts this concert will take place at GEH8:
Thursday 13. of September at 8 pm
Matthias Lorenz, Violoncello

More information about the concerts “Alte Meister” can be found here:

The concert is funded by: