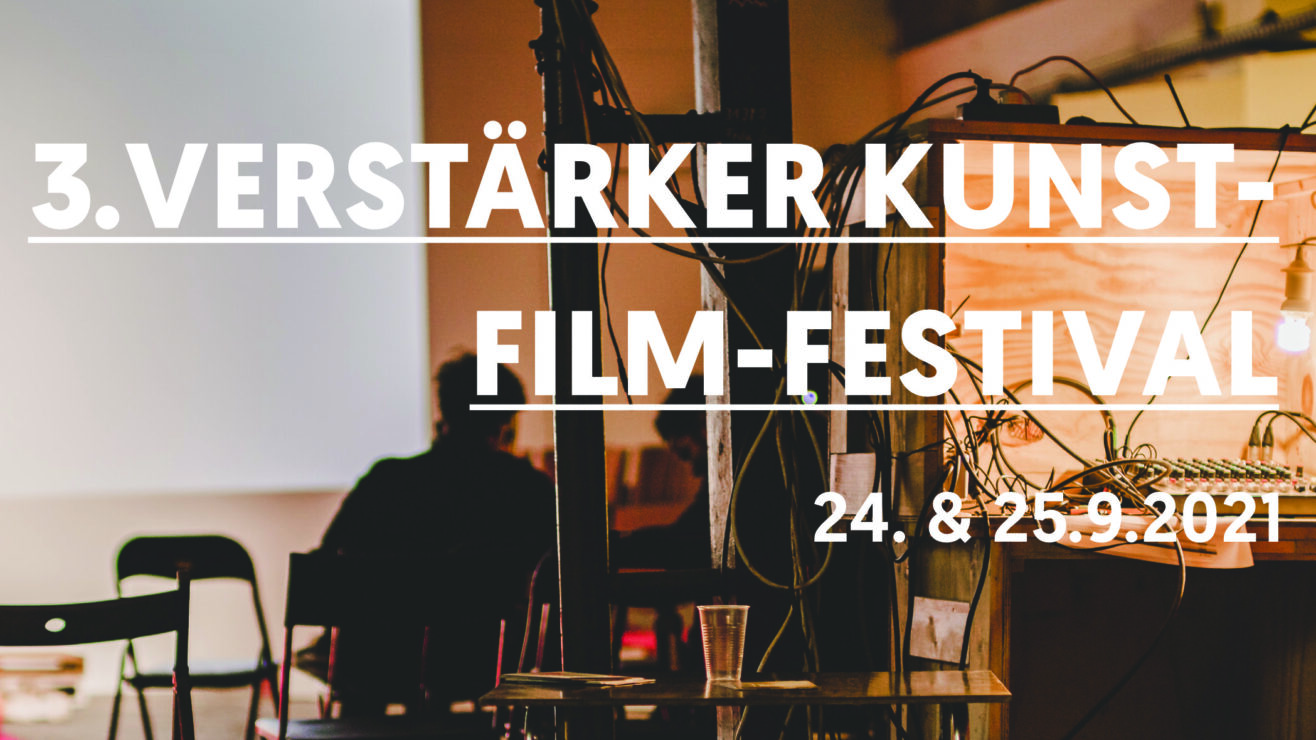 As part of the Verstärker Program to support young artists, GEH8 is hosting the 3rd Art Film Festival.

On Friday, September 24, the festival will present short film contributions by students from eight different universities in the New German States. Here the audience decides: Come to the screening and vote for your favorite! The most popular entries will receive prize money, and a jury of experts will also present the Verstärker Award designed by Dresden artist Heinz Schmöller.

All winners will be awarded during a gala show with live music on Saturday, September 25.

NEW: For the first time, short films from an international guest university will be shown at the gala show on Saturday. In the future, the art academy of a partner city of Dresden will be invited to present itself with short films. The Columbus Collage of Art and Design with the departments of animation as well as film and video will kick things off.

Jana Endruschat studied media & communication science and has always been connected to the Saxon film scene. For more than 10 years she produced image and industrial films and worked at least as long in the production department for national and international feature film productions. As a trainee in the funding department she got to know the mechanisms of the Central German Media Funding & was able to expand her moving image spectrum at Werkleitzgesellschaft e.V. in the Center for Media Art. 2013-2018 she was responsible for communication & network at Filmverband Sachsen. In January 2019, she took over the management.

Alexandra Meißner was born in Hoyerswerda in 1983 and studied sociology and communication science in Dresden. From 2008 she worked for the International Filmfest Dresden and was a member of the festival management for seven years. She is active as a freelance programmer and lecturer and advises film and cultural projects in the areas of production, development and mediation. Since 2019, she has been an officer for program support and communication at the Cultural Foundation of the Free State of Saxony, where she coordinates, among other things, the international residency programs and the Small Projects Fund for Rural Areas.

Michael Merkel, born in 1987 in Dresden, studied German language and literature, cultural studies and art history in Dresden and Wroclaw after training as a wood sculptor. He also studied free art at the Academy in Wroclaw and at the Bauhaus University in Weimar. In addition to the implementation of curatorial projects, he has exhibited several times in Germany and abroad. He has been awarded various grants as well as project funding for his artistic work and has been working as coordinator program planning and public relations at GEH8 Kunstraum Dresden since 2018. He initiated the Amplifier Art-Film Festival in 2019, which he has also coordinated since then.