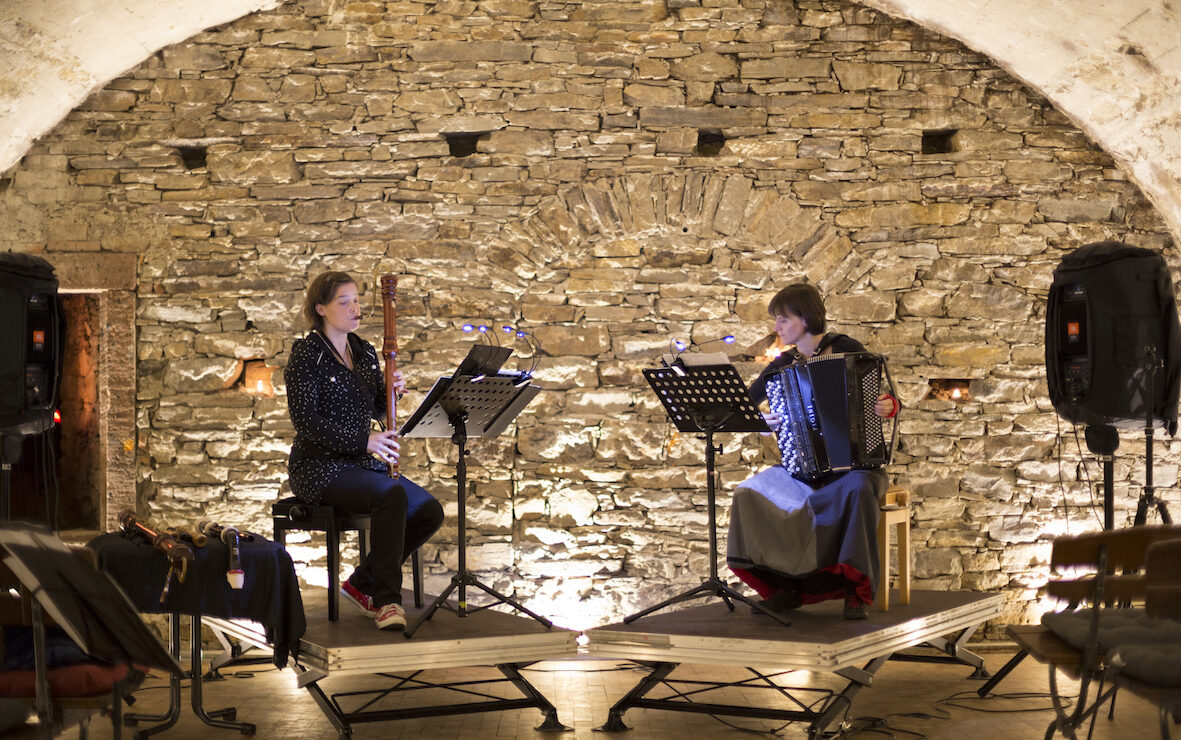 For the concert project we have chosen an unusual instrument duo: Accordion and recorders. Both instruments introduce new and unusual parameters into contemporary music in the areas of timbre. The press reactions describe the phenomenal playing and the extraordinary concert atmosphere. “Windspiel | Duo für Neue Musik” was founded in 2000 by recorder player Verena Wüsthoff and accordionist Eva Zöllner. Both musicians have made a name for themselves as specialists for contemporary music in the international concert scene and are committed to expanding the repertoire for their instruments and presenting it in new contexts. As the world’s only professional recorder-accordion duo with more than 10 years of stage experience, the two musicians inspire their audiences with lively and authentic interpretations. In cooperation with composers from all over the world, they have initiated numerous new works for this unique instrumentation, which they regularly perform in concert series and festivals worldwide.

Eva Zöllner studied classical accordion at the Hochschule für Musik in Cologne and at the Royal Danish Conservatory in Copenhagen. She is one of the most active accordionists of her generation and dedicates herself with great commitment to contemporary music.As an internationally sought-after artist, she presents projects worldwide, ranging from experimental solo performances to collaborations with renowned orchestras. Close collaboration with composers of her generation is an important aspect of her work. As a result, she has premiered more than 150 works in recent years. She is particularly interested in combining her instrument with new media. Eva Zöllner lives in the Westerwald and nomadically travels to explore her instrument in a wide variety of contexts and cultures.

Verena Wüsthoff studied recorder at the Musikhochschule Köln and the Hochschule der Künste Bern and devotes herself primarily to contemporary music. She is particularly interested in the performance of contemporary chamber music works for recorder, as well as the development of innovative concert programs. In this context, she is also committed to expanding the recorder repertoire and collaborates intensively with numerous artists, composers and cultural figures worldwide. As a result of these collaborations, numerous new chamber music works have already been premiered by Windspiel. Concert tours have taken her throughout Europe, America and Australia. She has received the “most dramatic performance” award at the CHAIN competition, artist residencies at Sitka Center, Hiram College and Monash University Melbourne, among others.