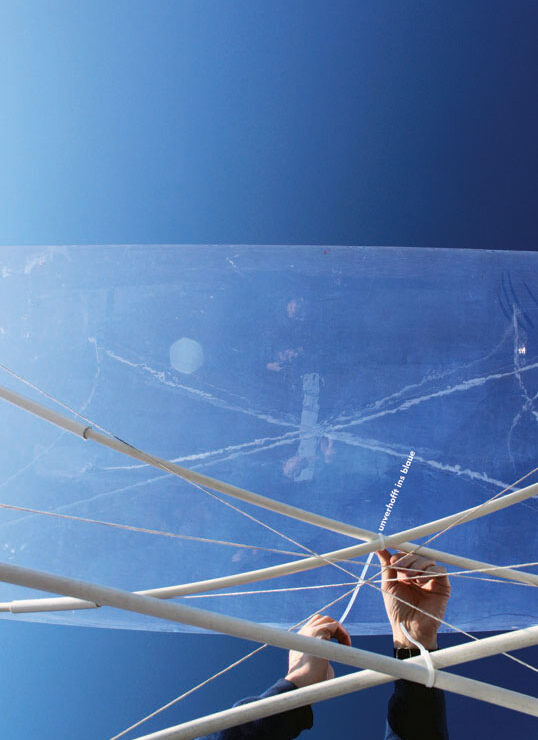 This year’s exhibition program at geh8 Kunstraum opens next Friday with the installation UNVERHOFFT INS BLAUE by Paul Elsner. This is a work that integrates characteristic features of the site into an expansive, walk-in installation. Essential in the context of this exhibition is that Paul Elsner, as the initiator of geh8 Kunstraum und Ateliers e.V., has an intense connection to the place and with the installation depicts (his) own view of the space.

For two years already, Paul Elsner has been venturing artistically into the nebulous field of hope. Various of his mirror and light objects emphasize the surface and the behind in equal measure and thus pose questions about the relationship between appearance and reality. This is also reflected in his artistic working method, which seeks to find form in the repeated comparison between image/idea and space/reality.

The phenomenon of hope also oscillates in an ambivalence between desire and reality. In this field of tension, Paul Elsner now sets out -in the blue- to learn to hope – or to fear it and brings (his) sphere of hope to vibrate in the geh8 Kunstraum.

On the occasion of the opening next Friday, to which we cordially invite you, there will also be a performance by the Dutch sound artist and experimental musician Wouter Jaspers.

In addition, on April 14, 2011, in an extension of the artistic concern, experts in the field of hope will enter into conversation with each other. 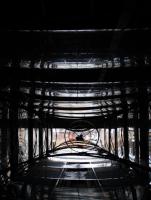