Discussing paradigms has never been a unanimous affair. So how better to venture into this terrain than in an exhibition that approaches it on both an artistic pictorial and sonic level. Only two days after the exhibition opening of “Paradigmi”, the concert of the two virtuoso improvisers Pierre Borel and Joal Grip will take place.

Their music undergoes constant change and permanent development. Simultaneously happens beginning and end. Breaks off and after. Interacting intuition. Intense observation audible focus and dispersing silence that leaves its destination open for now. It hits you in the pit of your stomach and heals your wounds at the same moment. It takes everything under scrutiny and breaks out again. It moves on until a certain moment, stops and begins to unfold anew. Surprising, as you don’t know from where.

Both Pierre and Joel are no longer unknown names, neither in the European nor in the Asian or North American music scene. As active members of the Umlaut Records collective Berlin, their artistic expressions are focused and amplified. They use the structure of the artist collective working in self-organization to also expand their work as solo artists and band members with Peeping Tom, Obliq, SNUS, Pierre Borel Septet, etc., among others. On their creative path so far they met race-renowned improvising musicians such as Axel Dörner, Evan Parker, Alan Silva, Burckard Beins, Raymond Strid. 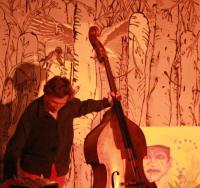 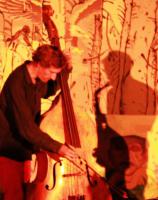 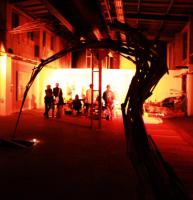 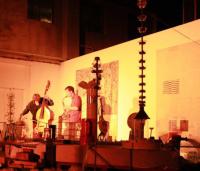