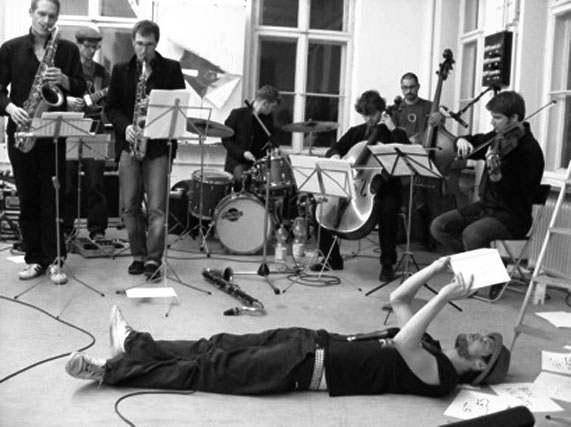 “Sascha Henkel belongs to the new composers/players of this new century, who take the steep path of creating something that does not belong to a prefabricated musical style or genre, but follows solely the integrity of the experience. This is crazy, but please name something more meaningful. Keep it up Germany!” Prof. Thomas Zoller

As part of the first project of the formation octothorpe under the artistic direction of composer and guitarist Sascha Henkel, music is created to selected texts of the Berlin poet Anat Mtoumba. The compositions are characterized by a thematization of structure as well as the synthesis of different currents of contemporary music. Their roots can be found in jazz, but they are not committed to a particular musical style, but to the experience of the music and the atmosphere of the texts.