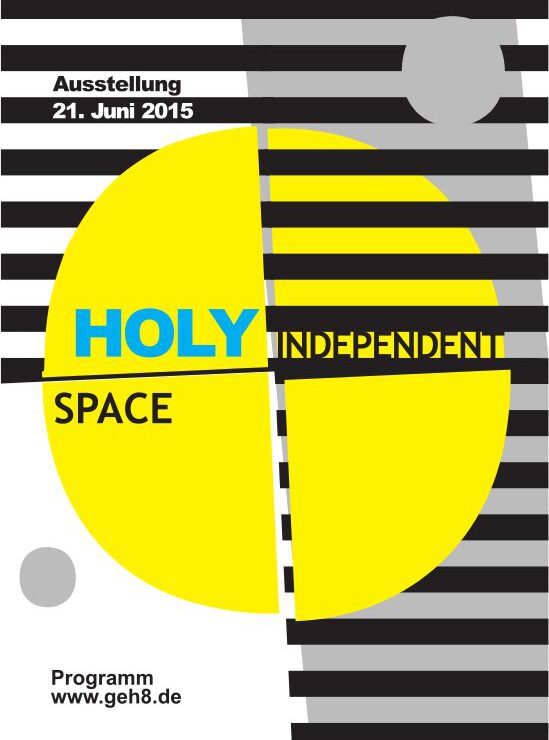 Goods, products, natural resources and food of our everyday life comes from everywhere on this globe. In the cities of Europe and big parts of the world people with differing backgrounds, beliefs and values are living close to each other day after day. Background and belief of every single individual are referring back to his or her specific background in one or multiple cultures which in some way or another has been taking shape during very long times. Images, objects and spaces of every culture seem to communicate specific relations to everyday life, the way people live together, values and spirituality.
In the exhibition „Holy Independent Space“, images and objects are presented which are transporting a significant visual reference to different cultures within one common given space – the geh8 exhibition hall. The theme of these images will be to investigate and visualize specific senses of holiness within established and recognizable cultures, community of beliefs or common views on the world. The light and the warmth oft he sun reaches over the year every place on this globe independent from differing human cultures and beliefs. In reference to this fact, the exhibition will open on the 21st of June – the longest day in the year on the northern hemisphere of earth.