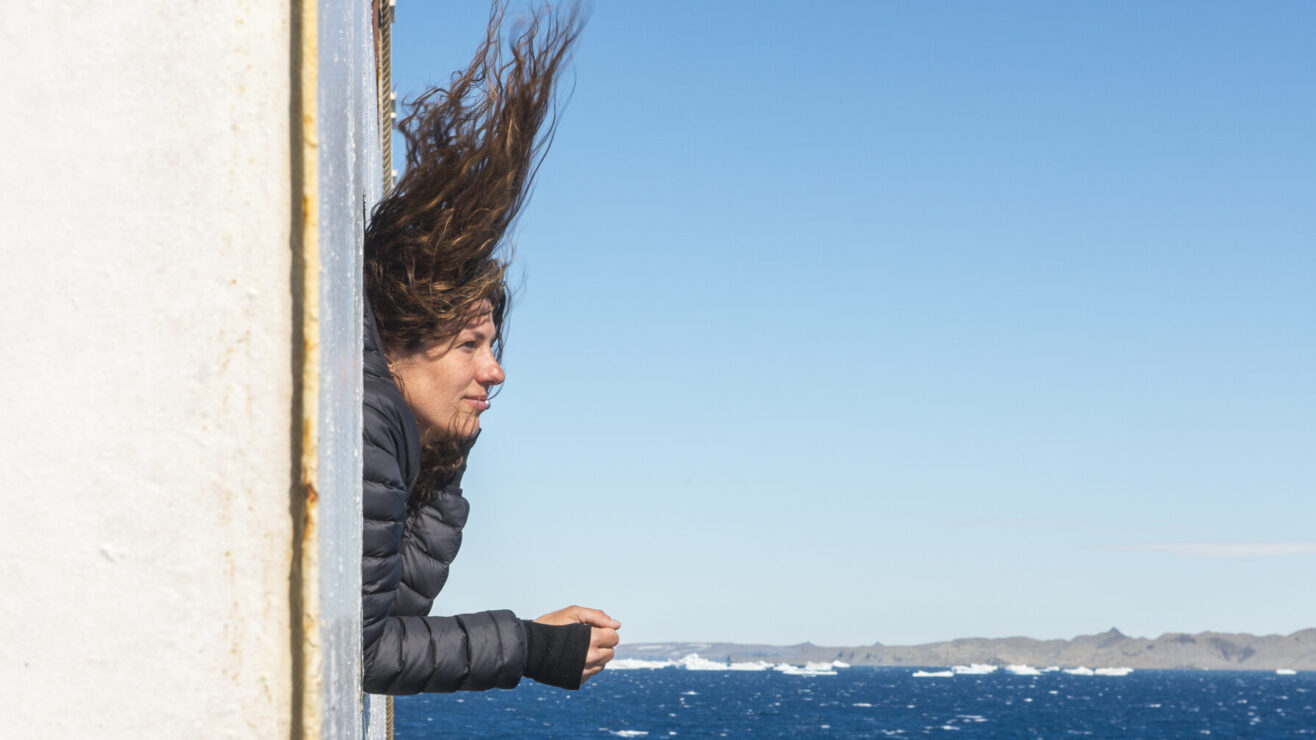 From August 17-20, Esther Kokmeijer will be a guest at FREI.RAUM.DIREKT to explore the urban open space of the Altes Leipziger Bahnhof together with her one-year-old son Kai.

Esther Kokmeijer is an artist, researcher, designer and photographer who currently resides in Rotterdam and works around the globe. In her work as an artist, she mainly focuses on the “global commons”. A term commonly used to describe international, supranational and global resource areas. The global commons include the Earth’s shared natural resources, such as the world’s oceans, atmosphere, and outer space, particularly Antarctica. Her work has been exhibited and published worldwide. She has visited 84 countries for various projects. Seasonally, she works as an expedition photographer and polar guide. She is the founder of ANTARKTIKOS, a magazine dedicated exclusively to Antarctica, founder of the Cosmic Water Foundation, and part of the art collective If Paradise Is Half As Nice.

If Paradise Is Half As Nice (IPIHAN)

If Paradise Is Half As Nice (IPIHAN) is an art collective that works and lives in abandoned spaces or properties for six weeks each summer. Each year a different filmmaker joins the group to make a documentary. The documentaries from the last two years #9 and #10 will be screened exclusively at GEH8. IPIHAN #9 took place in Zeitz and was shot by Adam Wakeling and IPIHAN #10 took place on a concrete slab in Rotterdam and was shot by Marieke van der Lippe and will be presented for the first time at the Rotterdam Film Festival next year.

19:00 – 20:00 Artist talk with stories of previous explorations and of her recent adventures

and answer questions from the audience.

Frei.Raum.Direkt. is supported in the program Kultursommer 2021 by the Federal Government Commissioner for Culture and the Media (BKM) with funds from NEUSTART KULTUR. As well as the Federal Association of Socioculture & the Cultural Foundation of the Free State of Saxony.