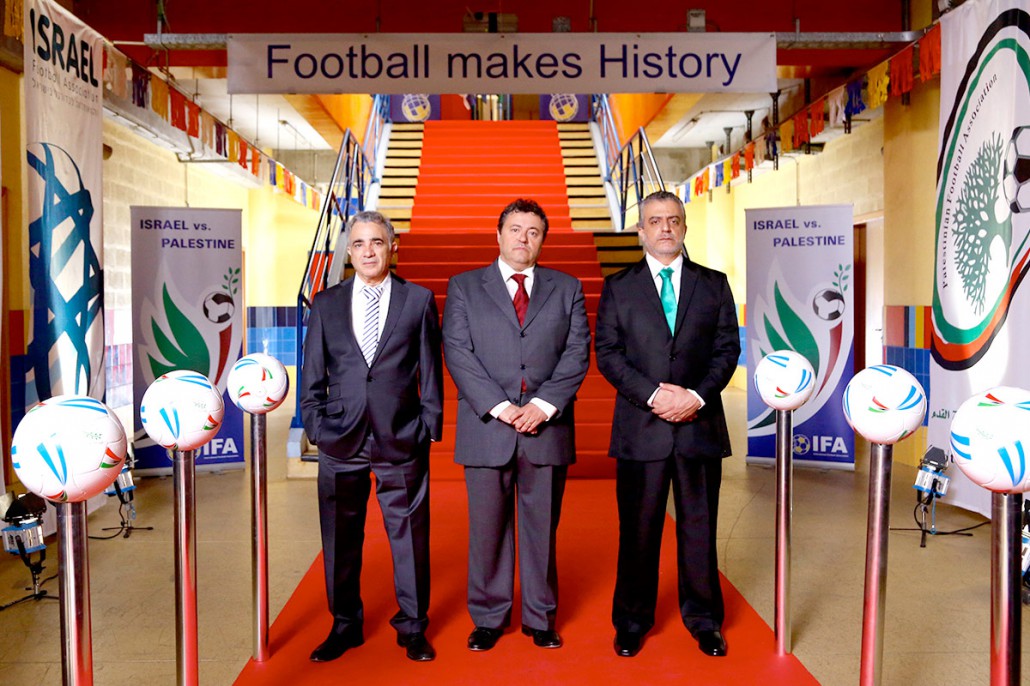 Filmscreenings to the Football World Championship 2022

No World Cup in the tournament’s nearly century-long history has been as controversial as this year’s finals in Qatar. The deaths of thousands of workers and numerous other human rights violations cast a shadow over the sport and its players. As was once the case in the Roman Empire, the question is whether political problems can be drowned out with cheap consumption and entertaining events.

The GEH8 offers all those who consciously avoid the World Cup an alternative offer. For the 1st semifinal and the final we show two films that take a different look at sports. In 90 Minutes – Peace at the Final Whistle, the Middle East conflict is to be settled by means of a soccer match, and in The Other Final, the last and second last in the FIFA world rankings meet to celebrate the beautiful sides of the game.

90 Minutes – At the Final Whistle Peace.

The whole world is eagerly watching the preparations for the most important soccer match in history: Israel – Palestine. 100 years of wars, bloodshed and suffering. 100 years of peace plans, 100 years of failure. Sport is now supposed to fix what politics has failed to do: A soccer match is supposed to end the Middle East conflict. The winner gets to stay, the loser has to leave the country. And no complaining afterwards!

Here is the Trailer!

The Other Final tells the story of a remarkable soccer match that took place on June 30, 2002, the day of the World Cup final in Japan. Between the two worst FIFA-rated teams in the world, Bhutan and Montserrat (Nos. 202 and 203). Bhutan is a remote mountain kingdom in the Himalayas and Montserrat is a small Caribbean island with seven active volcanoes. The game was played in Thimphu, Bhutan. The film uses soccer as a vehicle to explore the contrasting cultures of the teams and shows how soccer can be a global language that unites people. Told through interviews and beautifully photographed on 16mm, the story is about a unique cultural encounter. It begins on Montserrat and culminates in the game in Bhutan attended by 20,000 spectators.

Here is the trailer!