In recent years, GEH8 has taken various measures to make its own contribution in the areas of sustainability and ecology.

As an art and cultural center, GEH8 sees itself as a provider of ideas and a development point of view in order to significantly implement projects with a sustainable claim and ecological benefit. The planned greening of the east facade of the building also ties in with this self-image.

In order to realize the construction of the façade greening, a nationwide competition is to be announced in cooperation with the environmental and structural engineering departments of the city of Dresden, which is also aimed at universities, among others. In doing so, we are taking our cue from a project that has already been successfully implemented, in which a similar competition was held to build an insect hotel. The aim is to make the project accessible to a broader public and thus, on the one hand, to raise awareness of the sustainability issue and, on the other hand, to put the issue on the agenda. The central idea is to think sustainability and design together, so the competition is aimed at artistic and creative designs that also deal with the GEH8 in its role as an art and cultural center.

Within the framework of the competition, submissions will be collected from all over Germany, which will then be viewed and evaluated by a jury of experts. The winners will then be asked to implement the design in consultation with an architectural firm on site. 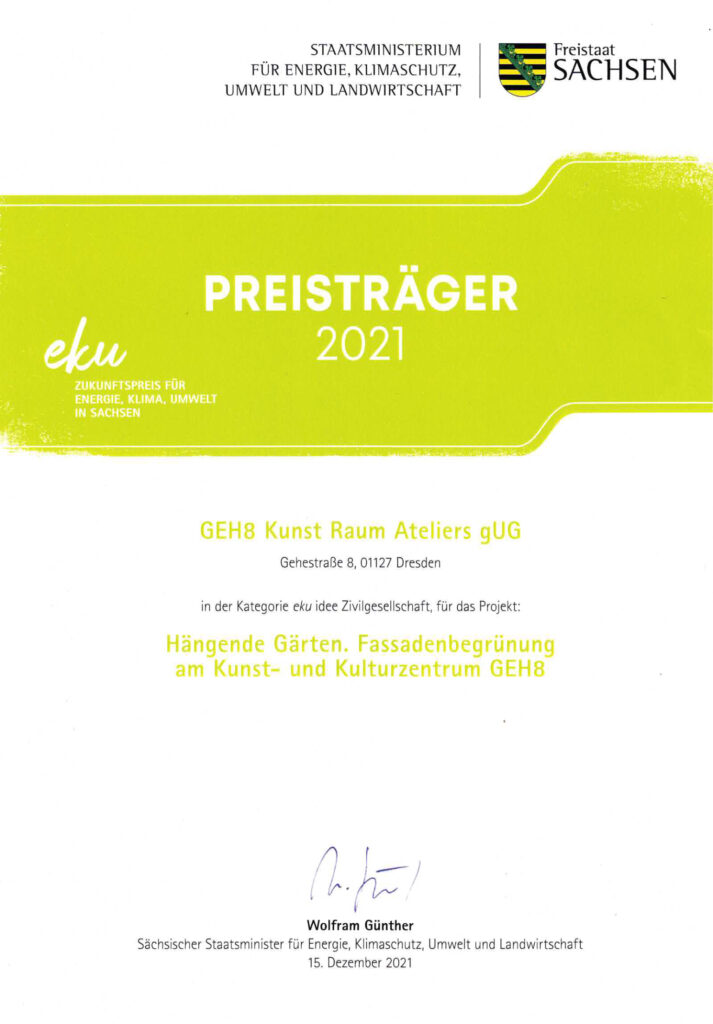