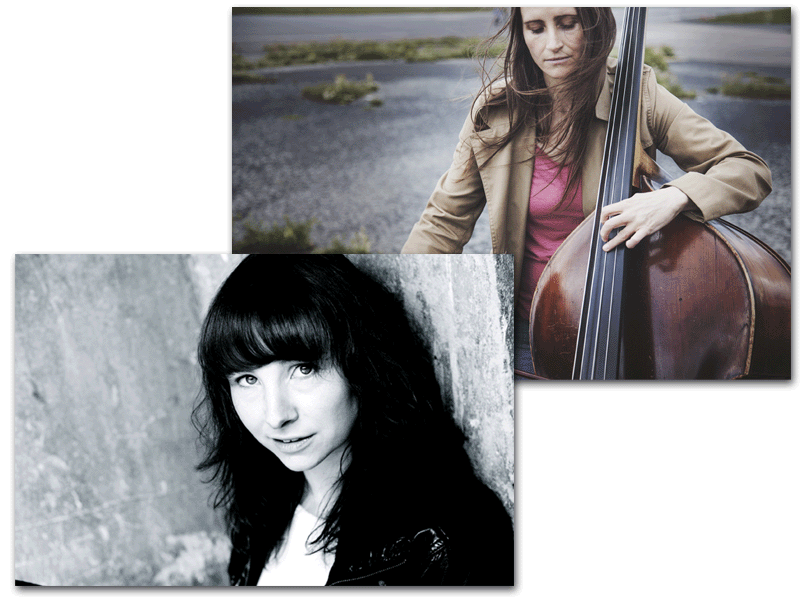 Two concerts in one evening: Cologne-based Ava Maude and Dresden-born Berit Jung have very different ways of interpreting their songs and stories. Now they are going on tour together again and will give a double concert in Dresden on May 6 at geh8 Kunstraum.
While Ava Maude at the piano is dedicated to the classical singer / songwriter genre
the solo project of Berit Jung is rather a mixture of songs, spoken texts, compositions and improvisations. She accompanies herself on double bass and loop station and moves stylistically between singer/songwriter, jazz, chanson, reading and improvised music.

Singer-songwriter Ava Maude not only completely reinterprets great songs from the last century, but also sets her own pieces in her very individual sound cosmos. The acoustic songwriting with piano is a perfect setting for her melancholic voice, with which she tells her stories, thought worlds and very own philosophies. She is idiosyncratic and sensual, has a love for the intimate but at the same time powerful sound and is always ready to discover new things musically. In March this year, she played at Breschke & Schuch as part of the “Humorzone Dresden” solo program “Anarchophobia” by cabaret artist Philip Simon, whom she has musically accompanied since 2013. Currently she is working on her first EP.

” No less fascinating is the electronically alienated blues that Ava Maude plays. The artist adds simple effects to her classic songwriting, which also contains elements of pop and folk (…) Small gimmicks with a big effect. ” LZ 4/14

Berit Jung:
Berit Jung studied at the Hochschule für Musik “Hanns Eisler” Berlin and lives as a freelance double bass player, composer and song poet in Berlin. Musically she moves in the area of tension between jazz, contemporary music, free improvisation, songwriting and poetry. With her solo program and as bassist of various bands such as KeKe, Halb Sechs or Tru Cargo Service, she tours numerous clubs and plays at festivals in Germany and abroad.
Berit Jung began to occupy herself with literature at an early age and wrote her own texts, poems and stories. With her current project of the heart, she goes on a solo journey and combines her words with music in a way that is all her own. She sings, speaks and accompanies herself, partly supported by a loop station, on the double bass. Furthermore, she collaborates with artists from different fields such as dance, video art, theater and visual arts.
“… Her music functions like wrapping paper into which she wraps her lyrics… Harmonies and melodies, meanwhile, emerge less from the sounds than from the lyricism in which the words dance. Sometimes it sounds enigmatic, more often simply magical…” (A. Beckschäfer/ Lippische Landes-Zeitung from 26/27.4.2014)