The fellows for the curator exchange program (Wroclaw/Dresden) have been announced!

This year, for the first time, GEH8 initiates a travel grant for curators between the cities of Dresden (DE) and Wrocław (PL). This scholarship is part of an exchange program initiated in collaboration with Culture Zone Wrocław, as part of the Artist in Residence program AIR WRO, as well as the City of Dresden (Office for Culture and Monument Protection) and GEH8 Kunstraum und Ateliers e.V..

In mid-February, an expert jury consisting of representatives of the participating institutions selected the first two participants from all applications. The choice fell on Pawel Kowalski (Wroclaw) and Marian Kaiser (Dresden).

We will accompany both fellows and present their projects in more detail later.

Curator and visual artist Pawel Kowalski studied at the University of Art and Economics in Wroclaw. Among other things, he was involved in the organization of the TIFF (Festival of Photography in Wroclaw) and is co-founder of PANATO, an independent initiative that connects creative industries with businesses. He will be a guest in Dresden for a month starting in April. 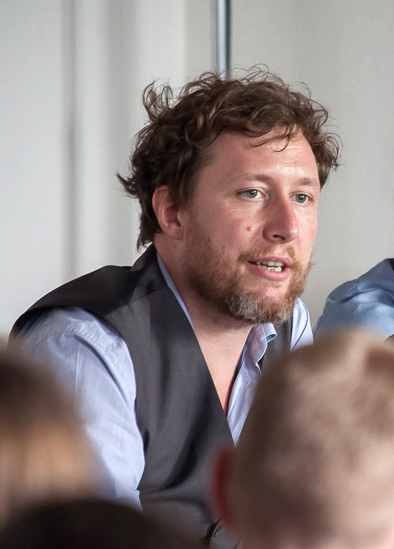 studied cultural studies and philosophy at the Humboldt University, Berlin. He was a research assistant at “FAST – Framing Art, Science, Technology” a collaborative project between the Kunsthoschule Dresden, the TU Dresden and the HTWK Dresden. He also works as a dramaturge and project developer between the academic and artistic scene. In recent years he curated and developed numerous exhibitions in Germany and abroad. Most recently in 2017 at the “Vienna Media Art Festival” in Vienna. He will be in Wroclaw from May.

We are happy for the two fellows and wish them an exciting time and thank all applicants*.

The exchangeprogramm is supported by: