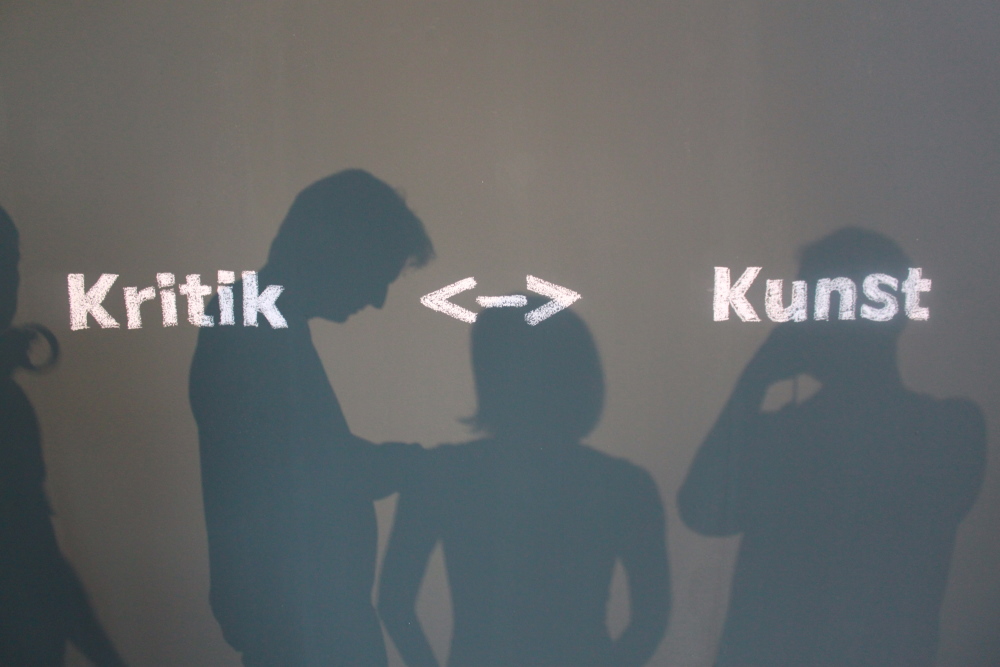 “Das Kritische Kabinett” speaks up and opens the season as well as the discourse on the relationship between art and criticism.

Invited is Roger Behrens*, whose lecture takes up the topic “Criticism after Criticism” in order to reflect from here on both “Art after Art” and “Modernity after Modernity”. The focus of the talk is the notion of the age of critique as a critical age – with implications for fields such as art, aesthetics, politics, and society.

The lecture by Roger Behrens is based on a text titled “CRITICISM: RESCUE AS REMAINING”, which appears in the current issue of “Kunstforum” with the theme “On the State of Art Criticism”.