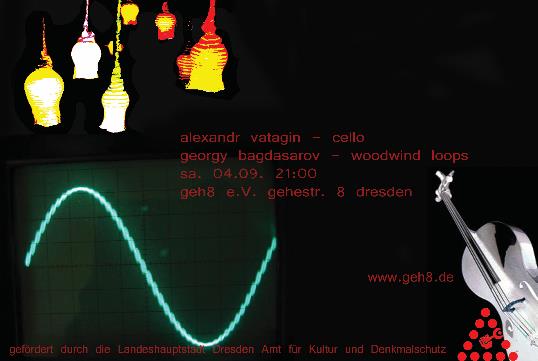 Cellist Alexandr Vatagin was born in 1978 into an Armenian family and grew up listening to the sounds of rockets taking off. Since then he has lived in various cities of the Eurasian continent, currently in Prague. His work so far has been characterized by music and film, with which he has also won various awards.

He started his career as a guitarist in a psychedelic punk band. From there he evolved through “conceptual techno” to free improvisation using instruments and objects found at flea markets.

George Bagdasarov is Armenian with Russian citizenship and, like Vatagin, saw the light of day in 1978. He first studied guitar, saxophone and sound design at Moscow Jazz College and later sound design in cinema, composition. Since 1993 he has devoted himself to free improvisation with guitar, various toys and cooking utensils, often using loops as a compositional design tool. He is not only a musician, but also a performance and video artist. He lives and works in Prague. 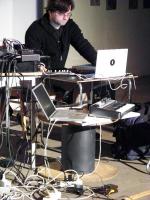 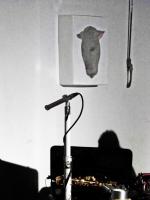