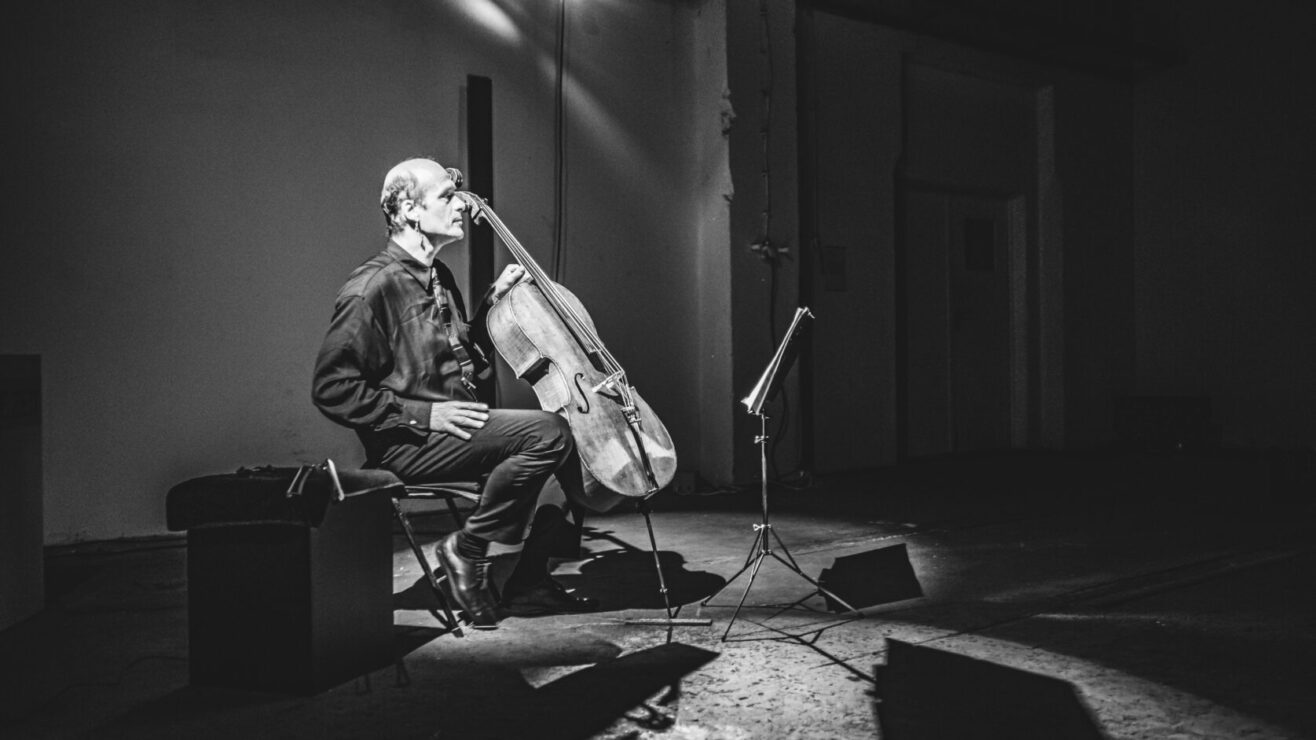 The concert on 28.9. continues the series “fremdbestimmt” of cellist Matthias Lorenz. This year Benjamin Schweitzer has put together the program on the theme of “work/process”.

The contrast between “work” and “process” may well be questioned. Every single work is always also a process: Be it as a score (Werk1) due to its genesis, which can never be “momentary” and always contains openings and ramifications, even if at the end a supposedly final version confronts us. But also the work as the sounding result of the rehearsal work (Werk2) is at the same time completed and a process. Many particularly elaborate, “work-like” completed compositions have been created in processes lasting years or decades and are thus only a selection from the materials created, used, selected and discarded for the composition, and every composition, no matter how “process-like” it may openly present itself, is (at the latest) a “work” at the moment of its performance, even if, in the case of, say, a graphic or aleatoric composition, it can never be reproduced even rudimentarily. (Benjamin Schwietzer)

The program includes two pieces each by Ursula Mamlok, Ralph Shapey and Giacinto Scelsi. As usual, the cellist will comment on the pieces and their contexts in concert.

More about the concert series Matthias tells in this video: