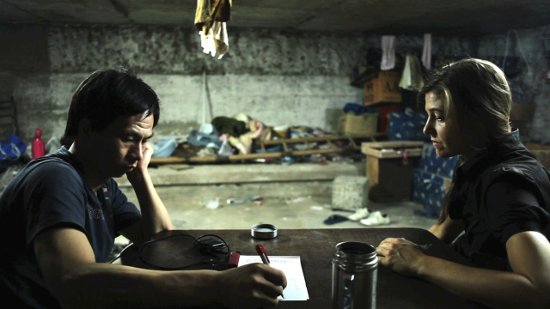 Supported by the Netherlands Film Fund

Chance encounters in Mumbai, Shanghai and Sao Paulo: The Visitor is a cinematic experiment. None of the scenes in the film were planned or scripted. A young woman, the director herself, wanders silently through the three metropolises, observing and letting herself be driven by chance. She breaks the rule of unrelatedness in public space, relates to individual people without the usual forms of politeness and explanations, without language at all, but in the presence of the camera. She gets surprisingly close to three people: a Brazilian cab driver who has lived in his cab for 15 years, a successful marketing manager in Shanghai and a Chinese migrant worker. The director shares time, food and a place to sleep with them. The presence of the visitor in the foreign life slowly blurs the boundaries between “I” and “the other”, between observer and observed.

We are very pleased to be able to show the film “The Visitor” in the presence of the director Katarina Schröter in the exhibition, as a special preview before its Dresden premiere in August at the Thalia cinema. In the following artist talk we would like to ask her about her experiences with these borders – we cordially invite all interested people to come and talk with us and her on this occasion.