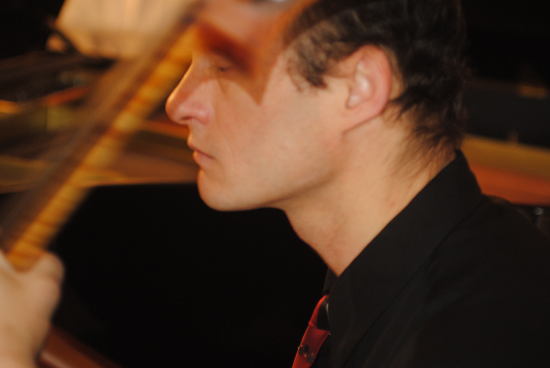 Matthias Lorenz plays and comments on works by Iannis Xenakis, Peter Ablinger and Robin Hoffmann. After the prologue in 2014, the second regular concert of the Old Masters series will again take place at GEH8.

Matthias Lorenz focuses here on “nomos alpha” by Iannis Xenakis from 1964. A work that, starting from an abstract background, mobilizes elemental forces of music. A work that – unlike what we might otherwise be used to – places sounds primarily spatially in relation to one another (instead of sorting them melodically or harmonically). There is above and below, there is front and back, and movements that can be understood accordingly as right and left.

Between the two performances of this “Old Master” at the beginning and end of the concert are two pieces from our century: Robin Hoffmann’s “Grinder’s Methods” is, of course, about the resulting sound, but it is created by a very careful exploration of the space around the cello. Finally, Peter Ablinger, whose piece “In G” will be premiered at this concert, takes as his starting point the sound in his studio, which is acoustically “mapped” in an abstracted form on the cello with a feed. An image that simultaneously mixes and overlaps with the acoustic image of the performance space.

Three very different musical approaches to the concept of space can be heard this evening: The abstract tonal space, the space around the cello, and space as interior.