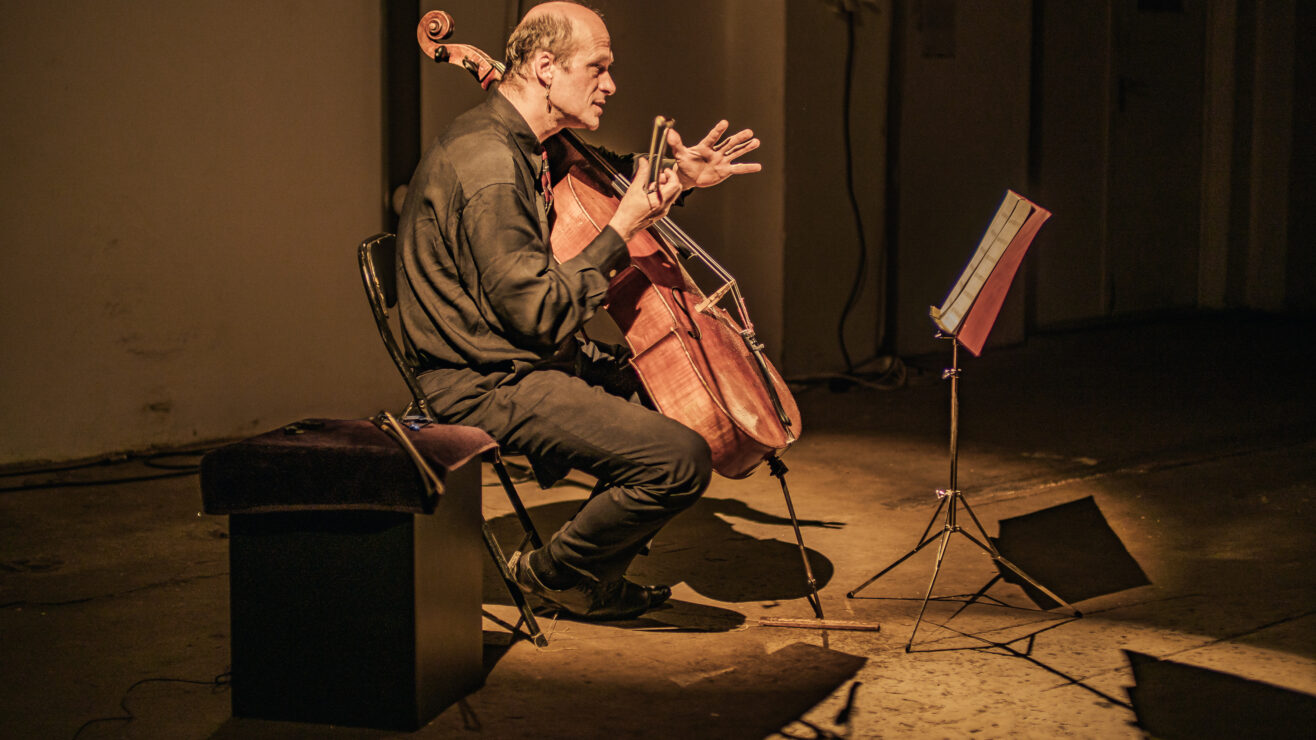 With the “sonate for cello solo” by Bernd-Alois Zimmermann, composed in 1960, a new era began in the literature for cello solo. Since then, cello solo pieces can be found in the works of almost every composer. In the very first decade, a number of pieces were written that can now be considered classics.

Since 2014 Matthias Lorenz has been organizing the series “Old Masters”. It began with a prologue of 4 masterpieces, and from 2015 to 2018 the focus was on one of the works at a time under the titles “Time – Space – Lightness – Balance”. The four composers Jörg Herchet, Peter Ablinger, Benjamin Schweitzer and Charlotte Seither were invited to compose a new piece for these concerts, which was placed in the context of the old piece and premiered as part of the series.

In 2019, an epilogue will conclude the series, in which these four newly created pieces will once again be heard one right after the other.

Here are the photos of the concert: